Julius Lester: Julius agreed to be my first interviewee. We were already used to deep conversations, but in the past they happened over the counter at my restaurant, Marcie’s Place. In fact, Julius suggested I call this show “Marcie’s Place”, but I liked “Going Deeper” better. Julius also offered the beautiful cloud photo and opening song that I continue to use for each episode. If you are not familiar with Julius Lester, please watch this! 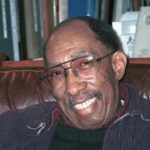 Annie Cheatham: Annie’s focus in the late 1970’s was Washington, DC based. She started the Congressional Clearinghouse for the Future and the “Future is Female” project, culminating in the book This Way Daybreak Comes, co-authored by Mary Claire Powell. Locally, in our Pioneer Valley, Annie is known for her Annie’s Garden Store, and launching the “Local Hero” Campaign at Community Involved in Sustaining Agriculture (CISA). 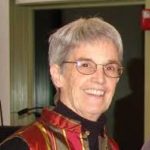 Judy Brooks: Judy Brooks and her husband, Barry, came to Amherst, MA in 1971. They were the co-directorsof the ABC House (A Better Chance) for 5 years. Judy taught elementary school in Pelham, MA for 31 years, served on the Select Board and Housing Authority, and lately has been active in the League of Women Voters. Judy brings to this conversation much wisdom and experience about being African American in Amherst and Pelham. 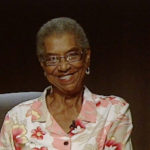 Ray Elliott: I interviewed Ray Elliot when he was 91 years old. A prominent African American leader in Amherst, Ray co-founded a group called Citizens For Racial Amity Now (CRAN) and worked to have proclaimed a National Day of Racial Amity in Amherst. Born in Cambridge, MA, a Bahai, and a chemist, Ray has many deep and important stories to tell. 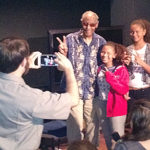 Isaac Ben Ezra: Isaac was born in 1926 and grew up on the lower east side of Manhattan. He has had a lifelong involvement with political movements, organizing along the way, including the Civil Rights Movement, Anti War Movement, the Campaign for Medicare in 1964, the Labor Movement, and more. 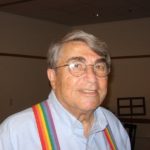 Russ Vernon Jones: As a former school principal, Rus gives us another long term perspective on the Amherst Schools. He is co-founder of a local group called Coming Together that is addressing racism in our town. 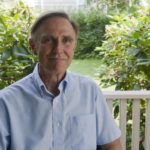 Tulip Chowdhury: Tulip is a relative newcomer to Amherst. She was born in Bangladesh in 1957, is a prolific writer of poetry, essays, and novels and a traditional singer of Bangladeshi songs. Watch Tulip share her harrowing story of escaping West Pakistan in the early 70’s during the Civil War. 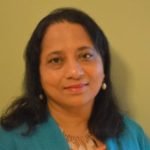 Tim Bullock: Tim shared with me how important it is to understand history and to hear the truth to really heal from racism. Through Tim’s joining of the Interfaith Pilgrimage of the Middle Passage, and subsequent involvement with the New England Peace Pagoda, him has contributed greatly to that healing. 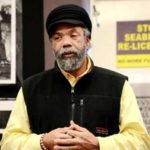 Sammy’s 2015: Part One is with Julius Lester. This is a nice follow up to our first interview in 2014. Part Two is with Pat Schneider, founder of Amherst Writers and Artists and a prolific writer herself. AWA developed a method for holding writing groups that has been used all over the world, offering underserved folks the key to their own voices as well as so many more. My daughter used this method in a Women’s shelter, empowering the children to write, first in their native Spanish and then in English. They were on their road to literacy, so I have seen the process work first hand.

Dr. Jody Noe: Dr. Jody practices Naturopathic Medicine, specializing in Oncology. She is an Ethnobotanist and traditional healer in the Cherokee tradition. I have described her as an incredible geeky scientist as well as an intuitive Medicine Woman, a combination that is clearly unique. She is the author of Naturopathic Integrative Oncology, used as a teaching text in medical schools.

Loretta Ross: Loretta is an expert on the politics of women’s health, hate groups, and sexual violence. She is co-founder and national director of the SisterSong Women of Color Reproductive Justice Collective. She was Co-director of the 2004 Women’s March for our Lives, and co-author of Undivided Rights: Women of Color Organize for Reproductive Justice. We were lucky to have Loretta here in the Valley while she was a Research Associate at the Five College Women’s Studies Research Center. I learned so much from this interview! 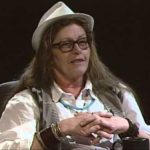 Shirley Whitaker: Dr. Shirley Whitaker is a kidney specialist, an amazing artist, and a community activist. I have interviewed Shirley 3 times: once in the studio, once at her home gallery where we walked and talked about her exquisite 3 dimensional paintings, and once about this profound event called Ashes to Ashes that Shirley organized. Here she is with a couple of her paintings. View 2/10/15 interview 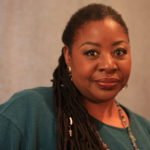 Jacqueline Wallace:
Jacqui Wallace is director if the Amherst Area Gospel Choir and a psychotherapist. She is wonderful and during Part 2, Jacqui brings some other     Gospel Singers on to perform with her. 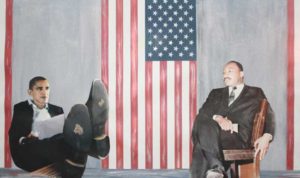 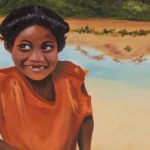 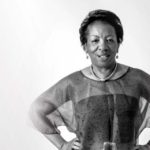 Sammys 2016: In Part One, I interview Sharon Sharry, Director of the Jones Library and Polly Longsworth, a Sammy recipient for her work on Emily Dickinson. Part Two is with Aaron Lansky, founder of the Yiddish Book Center and McArthur fellow, who also received a Sammy award.

Jules Chametzky: Jules Chametzky came to the English Department at University of Massachusetts in 1959, he founded the Massachusetts Review literary magazine and helped form the faculty union at UMass. His latest book is called Out of Brownsville, Encounters with Nobel Laureates and Other Jewish Writers, A Cultural Memoir. 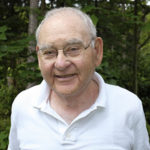 Al Miller: My dear friend, Al Miller, is a farmer, a poet, a furniture maker, and a Viet Nam Veteran. This is a profound interview. In Part II Al shared about his experiences in the war. But we couldn’t stop there, because so much has happened since the war to grow and integrate those experiences. So, we did another 2 parts! 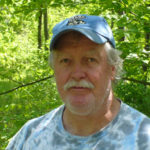 Ervin Staub: Dr. Ervin Staub is Professor Emeritus in the Psychology Department at Mass. He founded the doctoral degree in the Psychology of Peace and Violence. His life’s work on understanding mass violence and genocide and the psychology of goodness came out of his own experience as a Holocaust Survivor in Hungary. He has worked in Rwanda helping with the Reconciliation Movement, helped US police forces understand active bystandership, and has written a curriculum for grade school aged children about bullying and being an active bystander. 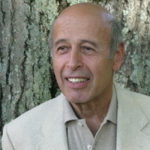 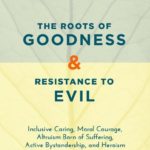 Meg Gage: Meg’s professional work has been in progressive philanthropy. She started the Peace Development Fund and Proteus Fund, and co-founded the Traprock Peace Center. She is currently (in 2017) quite busy addressing Amherst town politics on the Charter Commission, which is evaluating our current form of government with an eye for possible change. 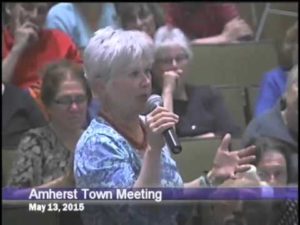 Frances Crowe: Frances, currently 97 years old (in 2017), has been a model of activism for her whole life. She counseled draft aged men about exploring Consciencous Objector status during the Viet Nam War, fought hard (and won) to close the Yankee Nuclear Power Plant in Rowe, MA, and has been actively getting arrested for every progressive cause for all of these years. She has wise council for our current times… 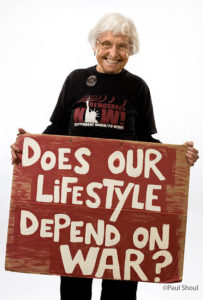 Penny Gill: A long-time professor of Political Science at Mt. Holyoke and a Dean at the college, Penny is no flake. All the more reason to take her experiences with the Tibetan teacher, Manjushri, seriously. Together they wrote the book, What in the World is Going On? which brings a clear explanation and suggestions for what to do in these difficult times we are faced with. Here is a link to her website: Wisdom Teachings for our Time http://www.thewisdomteachings.org/ 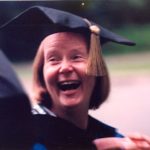 Mehlaqa Samdani: Mehlaqa started Critical Connections as a vehicle to educate folks about Muslims and to bring people from all faiths together. Her forums are outstanding, educational and personal both at the same time. Please check out her website at http://www.criticalconnections.org.

Rabbi Benjamin Weiner: Rabbi Weiner is the religious and spiritual leader of the Jewish Community of Amherst. After learning about his personal unusual path to becoming a rabbi in Part I, we explore some fundamental questions for Judaism in Part II, about God and the afterlife and the political situation in Israel and Palestine. 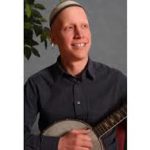 Sammy Awards 2018: John Bechtold, Theater Department Director at Amherst Regional High School brought along two students to talk about the work they do in the Theater Department. John has been a humble yet powerful presence in the Pioneer Valley, as a teacher, director, and also head of DASAC (Deerfield Academy Summer Arts Camp).

Paula Green: Paula founded the Karuna Center for Peacebuilding and has worked all over the world with groups and individuals to promote dialogue and understanding among groups that are divided. Please see the Karuna Center’s website: www.karunacenter.org. 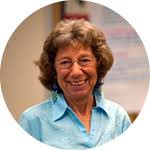 Rev. Dr Andrea Ayvazian: Andrea is a long time activist for social justice. Her latest creation is the Sojourner Truth School for Social Change Activism, a unique and widespread free school to teach about movement building skills.It is an inspiring response to these difficult times in our country. Please visit www.truthschool.org for more information. 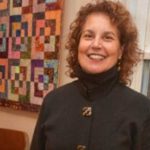 Frank Marchand: Frank is the guy you call when your pipes freeze in the winter or your faucet drips. For 43 years Frank has run a Plumbing business. We first met him at home when one of these problems occurred. But there is more. 5 years ago Frank was diagnosed with Stage 4 colon cancer. His philosophical and spiritual telling of these past years brought him on Going Deeper. And, as of this writing in 2019, he is in remission since coming on the show.

Ani Tuzman: Ani published The Tremble of Love in 2017, a multi-decade project of her’s, definitely a labor of love. We spoke about this important novel about the Baal Shem Tov (the Jewish mystic known to be the founder of Hasidic Judaism) and Ani’s life, growing up as a child of Holocaust survivors.

Sammy Awards 2019:
Part One is with Bruce Watson, author and creator of The Attic, an on-line periodical that looks draws attention to “the kinder, cooler America”. Bruce is also the author of several books and articles, including Freedom Summer and Light: A Radiant History from Creation to the Quantum Age.

Part Two is with Richard Michaelson, children’s book author, poet, and owner of the largest gallery for children’s literature artwork in the country, Michaelson Gallery in Northampton, MA.

Johnie Sanders: Johnie Sanders is the Homelessness Organizer for the nonprofit organization, Arise for Social Justice, in Springfield, MA. Overcoming her own adversity growing up, Johnie uses poetry to give her solace and support in her difficult work, and shares some of her original poetry with us.

Melissa Giraud: Melissa is co-founder and co-director of EmbraceRace, a national community of adults supporting each other to raise a generation of kids who are brave, informed, and proactive on matters of race and racial justice. Please see their website: www.embracerace.org

Eric Bachrach: Eric founded the Community Music School of Springfield, MA in 1983. He was executive director of the school for 27 years. CMS is an institution created to nurture creativity and equity among all people. In his retirement, Eric has resumed his own music, playing violin in multiple chamber groups and orchestras.

Dr. Ruth Bass Green: Dr. Ruth is an educator and teacher of piano and voice, as well as a church musician, for over 50 years. She is founder of the Hazelle Catherine Bass Music Institute, and retired Dean and Lecturer at Mt. Holyoke College. Her passion resides in knowing that music can lift us up and move us towards peace, something she has worked for her whole life.